YOU GIVE THEM SOME

A caretaker of a cemetery noticed a man praying at a certain grave each week. In the summertime he would put flowers on the grave. The caretaker asked the man one day, “Who is buried in this grave that he should deserve so much of your devotion and love?”

The man replied, “This is the grave of a very dear friend of mine. In the last war he volunteered to take my place that I might stay home with my wife and children. He was sent to fight and was killed in his first battle. He was brought home and was buried here.”

Then with tears in his eyes, the man continued, “Do you blame me for being so grateful to one who died that I might live?” (Lawrence G. Lovasik, Catechism in Stories, p. 215).

The Mass as Sacrifice

Two thousand years ago, a man volunteered to die on the cross in Jerusalem on our behalf. That man was Jesus of Nazareth, the Messiah. He shed his blood for you, for me and for the world. He offered himself to the Father for our sins. He paid the price for our eternal salvation. The Church believes that the Mass is the re-presentation of Jesus’s sacrifice on Calvary. This helps us to recognize the mystery of God’s love for us in our life today. God is not being limited in time and space. For God everything is in present. Jesus’ sacrifice is an eternal sacrifice. We however, are humans and are being limited in space and time. The sacrifice of the Mass makes present to us the sacrifice of Jesus on Calvary. St. Paul explains to the Corinthians in the second reading that he is handing on the celebration of the sacrifice of the Mass to them. The celebration comes from the Lord himself. “The Lord Jesus, on the night he was handed over, took bread, and, after he had given thanks, broke it and said, “This is my body that is for you. Do this in remembrance of me.” In the same way also the cup, after supper, saying, “This cup is the new covenant in my blood. Do this, as often as you drink it, in remembrance of me.” This is the way in which Jesus wants his followers to remember him. Together with the whole Church we proclaim at Mass, “When we eat this bread and drink this cup, we proclaim your death, Lord Jesus, until you come in glory.”

The man in the story came to the grave to remember and to show his love and devotion to the friend who died in his place so that he might live. We come to Mass to remember and to show our love and devotion to Jesus who died for us so that we might live forever. The Mass is the Memorial of Jesus’s suffering and death for our sins. At Mass we experience the gift of salvation that Jesus won for us.

Bread and wine are common things that we take for granted. If we need some bread and wine, we just go to the market and buy some. When we take time to think about how bread and wine are made before they are brought to the market, we realize that it is a painful process of being broken, crushed, heated, and fermented. This is what Jesus means when he took bread and said, “This is my body that is for you.” He said this right on the night he was handed over. They arrested him, crushed him, and nailed him on the cross. That is the process to make him the bread of life.

To make wine we also have to crush and press the grapes, squeeze out all the juice.

Jesus took the cup and said, “This cup is the new covenant in my blood.”

He shed all his blood for us. The shedding of his blood is the seal of his covenantal love for us. He gives us his committed and undivided love.

Collins, the freethinker, met a plain farmer going to church. He asked him where he was going.
“To church, Sir,” was the answer.
“What are you going to do there?”
“I am going to worship God.”
“Tell me; is your God a great or a little God?”
“He is both, Sir” answered the farmer.
“How can He be?”
“He is so great, Sir, that heaven itself cannot contain Him, and so little that He can come to live in my heart.”

Collins declared that this simple answer had more influence on his mind than all the volumes which learned writers had written against him (Catechism in Stories, 216).

To receive our Lord in Holy Communion is the most wonderful thing that can happen to us. It means having the infinitely great God in our own hearts. The Holy Eucharist is the greatest, holiest and most special gift from God because it contains God Himself. In the Eucharist, we can visit Him and welcome Him into our hearts.

God Living Among Us

The Catholic Church believes that Jesus is present in the Eucharist. Jesus said, “Whoever eats my flesh and drink my blood remains in me and I in him” (Jn 6:56). When we come to Mass and receive the Eucharist, we receive life. “Just as the living Father sent me and I have life because of the Father so also the one who feeds on me will have life because of me” (Jn 6:57). Therefore, when we come to celebrate the Mass, we also WORSHIP GOD LIVING AMONG US! And we have life! The Eucharist is God Living Among Us! The Eucharist is the source of life.

The Challenge of the Eucharist

Jesus set an example for us. He gave us his life. He also challenges us to give. We receive the Holy Eucharist as a gift. We also learn to give ourselves to God and to others. When the disciples requested him to dismiss the people so that they could find something to eat, Jesus told them, “Give them some food yourselves.” They were surprised to hear what Jesus said. They had only five loaves and two fish. That would not be enough even for them. They could not afford to give away the little that they had. Their first reaction was, “No way! We have so little. We cannot afford to give any away.”

Currently, the debates on immigration laws are intense. There is an urgent need to fix the immigration system. But how are we going to do it with justice, love and compassion? We are building up fences and sending National Guard troops to secure the border. Law makers want to hold employers accountable for hiring illegal immigrants and exploit them. Others are proposing to require those who have come illegally into the United States to pay a fine, learn English, and get right with the law.

I have just found out that one of our parishioners was detained because of his illegal status. I did not know the circumstance he was detained, but he has been with us for the last two years, faithfully attending Mass and willingly helping at different activities at the church. He is a nice person and a devout Catholic. It is sad that he was detained and probably be deported. 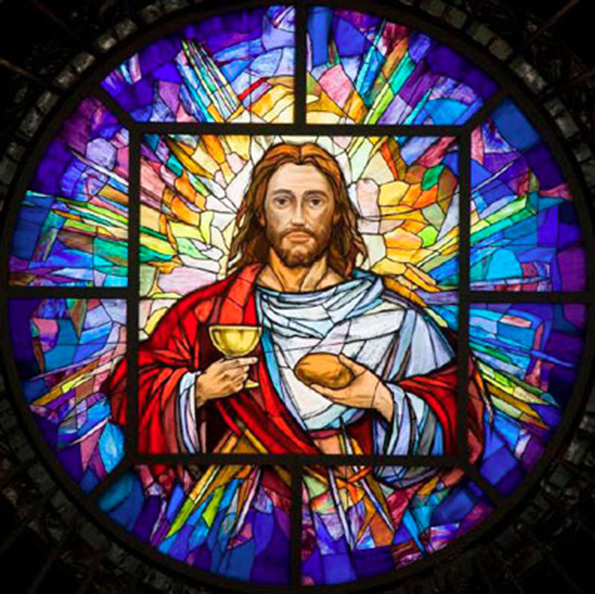